Discover the Incredible History of the Outer Banks 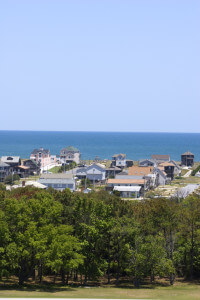 Many fail to realize the beauty that America holds in its own backyard. One of the most apparent examples of this is the Outer Banks region of North Carolina. The Outer Banks is a series of barriers islands, stretching nearly 200 miles along North Carolina’s coast. Filled with beautiful landscapes, affordable beach properties, and a rich historical background, there’s no better place to spend time with family and immerse yourself in a beautiful and natural Southern setting. And considering the upward trajectory of affordable home prices throughout 2015, there’s no better time to invest in beach property in the Outer Banks. But before you go ahead and contact one of the 2 million knowledgeable real estate agents out there in the U.S., sit back, relax, and enjoy a journey through time as we demonstrate the incredible history of the Outer Banks… Its Namesake The Outer Banks islands happen to be named after its original inhabitants: Ocracoke, Hatteras, Roanoke, Chicamacomico, Kinnakeet, and Manteo are some notable examples. During the 1500s, most Native Americans befriended settlers who came to these areas, and even helped colonists settle on Roanoke island. Unfortunately, disease and continual fighting helped decimate the coastal Native American population by the 17th century. The First Settlers On June 22, 1587, John White and 116 English colonists were the first to settle in the Outer Banks, touching down on Hatteras Island. But they soon found the land to be unsuitable and instead moved to Roanoke Island. John White sailed back to England with his crew to gather supplies but upon return, he learned that the settlement had vanished. To this day, no one knows what became of the “Lost Colony.” A Treasure Trove After Roanoke’s failure, people have little interest in the Outer Banks. That’s why throughout the 1700s and early 1700s, pirates occupied the Outer Banks and used the area as a central base of operations. In fact, the feared and infamous Blackbeard the Pirate make Ocracoke his home. Once Blackbeard was arrested by the British Royal Navy, the reign of pirates ended in the Outer Banks. Settlers Abound Once piracy ended, settlers once more flocked to the Outer Banks. Compared to other settlers, locals in the area lived a simple life that was centered around salvaging shipwrecks, fishing and steering ships. As more shipwrecks took place, citizens built lighthouses and lifesaving stations on the island. In many ways, the Outer Banks has been long considered a land of its own. With its unique geography, way of life, and beautiful beach properties, it’s no wonder that many people are proud to call the islands home. There may be 115 million occupied housing units in the U.S., but it’s clear why Outer Banks beach properties are the home of choice for thousands.
Categories
LATEST BLOG POSTS